Failure is one of the most complex and richest phenomena in the contemporary society. The possible angles of approach are multifaceted and situated at the intersection of various disciplines. Failure may turn out to be a success, but it may also turn out to be an ultimate experience. It may mobilize and push forward, but it may also paralyze the economic activities of actors and organizations, or place these in a strange state of political and institutional inertia. Failure may persist, but it may also disappear overnight, as if it never happened. For social actors, there is nothing set and predictable about failure. To the same extent as there is nothing certain about processes such as success, social capital, power, entrepreneurship and the like.

This obvious appeal of failure makes its study a recurrent enterprise in social sciences. This, notwithstanding, the research on failure is rather dispersed and unable to transform into a more encompassing paradigm in sociology or other social sciences. What have concretized instead are several types of failure, as well as the study of institutionalization of failure, its persistence, and reaction to low performance in relation to these models. Some of these failure types have managed to attract followers and critical discussants. At the same time, the research persistence of downturn and reaction to low performance enjoyed considerable echo and continues to attract followers ever since. Yet, the opportunity and possibility to systematize all this knowledge and bring a general approach that would go beyond one type of failure, or the other has only recently been taken in consideration.

This is where the Routledge International Handbook of Failure comes in. Its aim is to draw a comprehensive approach to this substantive issue that would bring the intermittent installments, both theoretical and methodological, under the same roof. The handbook will articulate findings about failure coming from sociology, social theory, anthropology, organization theory, public policy and management experience. Its aim is to show the theoretical linkages and brokerages that could be made between this field and other disciplines – such as sociology of uncertainty, sociology of ignorance, as well as that of social change.

The topic of the handbook is failure, its manifestations in the contemporary world, and the modalities of dealing with it – both in theory and in practice. The handbook favours a sociological framing that is enriched by the contributions from other social sciences whose perspectives on failure resonate with the sociological optics (economics, management studies, political studies and sociocultural anthropology).

Recent episodes of crisis (such as the financial crisis that started in 2008, or the so-called refugee crisis that grasped the attention of the public opinion in Europe in 2015) boosted the research on failure in social sciences. The relevant literature on failure is impressive – both in terms of the typologies of failure that were proposed and the variety of case studies covered. At the same time, the existing body of literature is more taxonomical than theoretically integrative. Especially in the case of sociology, there is a lack of cumulative knowledge, and the study of failure is rather fragmented. There is also no canon or established authority figures in the study of the mechanisms of failure – not at the level of a general sociology of failure in any case. The handbook sets out to systematize and more clearly articulate what the study of failure stands for. It aims to review what is usually studied as failure in sociology, how this is typically done, what are the representative cases chosen for these studies and the key standpoints in this debate. The handbook also tackles how failures of social sciences, sociology in particular, in dealing with certain issues can be seen as a chance for the enhancement of the disciplines’ self-reflexivity and social relevance.

Not only the concern with failure is revitalized, but also a new modality of framing failure takes shape. The researchers depart from the perspective that depicts failure as a situation in which the course of the action goes astray from its manifest goals. This is rather an account of structural circumstances that caused or facilitated that the potential of failure or catastrophe was not realized. Thus, there is a shift in focus from the unfortunate and undesirable ends of action to what may be termed as lack of proper reaction, limited anticipation and problematic behaviour. The handbook aims to reveal this move from a rather taxonomical-descriptive perspective (failure of what happened) to a more counterfactual-normative framing (failure of what could have happened or failure to anticipate what should not have happened). The reference work is based on the assumption that this shift of perspective (or complementary account) is not sufficiently articulated in the literature. Which, again, indicates that the study of failure, although expanding, lacks an integration into a broader theoretical framework that would render its assumptions and theoretical pillars more evident. The handbook draws attention to the importance of this new modality of depicting failure because it clearly contrasts with the paradigms that are currently influencing the general thought in sociology – such as uncertainty, risk and ambiguity. On the other hand, this variation in the perspective on failure is consistent with parallel changes that occurred with regard to other substantive issues, such as ignorance or unintended consequences. In both these fields, one is witnessing a departure from a more fatalistic, alienated and structural perspective, towards a more agentic tone. For instance, ignorance is not anymore depicted as a lack of knowledge, but also as a productive resource of action. Likewise, the unintended consequences began to be seen as anticipated, tolerated, or as amenable coping and influence by the social agents. In the same vein failure is not just mere opposition to success.

First, the handbook’s objective is to offer a more integrated and comprehensive view on the manner in which failure is studied in sociology and related social sciences. Second, it aims to capture the diversity of approaches in framing failure, and the conflations and shifts which have occurred in the study of failure overtime. This will cover three areas: subject, debate and semantic.

The handbook will overview the subject matter of failure in terms of definition (e.g. failure as unfulfilled goals of action), types (e.g. partial failure, strategic failure, successful failure) and strategic research sites (e.g. from failure of societies and civilizations to failure of individual careers and visions of ‘good life’). As well as at the relation between failure and other processes (such as learning, social change etc.). These dimensions constitute the self-evident subject areas of the study of failure. There are, however, less manifest, yet still highly relevant dimensions as well. For instance, the areas which are closely related to failure, or the manifestations which are not explicitly designated as failure, such as the unfulfilled goals, unintended consequences, misfits, dissonance, counterfinality and suboptimality. The goal of the handbook is to document these forms as well.

The handbook will also represent the major sites of debate and conceptual struggles in the study of failure. It will demonstrate the main conceptual and analytical aspects that attracted discussions and criticism (e.g. the failure of the state). Further, it will focus on the analysis of the dialectic relation between failure and success. The failure-success relation does not really have the status of a debate. Still, this recurrent elaboration reflects certain evolutions and tensions in the study of failure. Finally, the handbook will also include the discussions about the failure of sociology and other social sciences in dealing with certain substantive issues, or anticipating episodes of crisis.

This is the first handbook aimed at producing a comprehensive and integrative view of the study of failure in sociology. Although edited volumes with chapters from sociologists and anthropologists have been devoted to systematizing the subject, a comprehensive overview has not yet been advanced.

The manner in which the handbook is approaching the theme of failure is innovative. Its aim is not only to present the richness and diversity of the subject area, but also to integrate the study of failure in a broader theoretical context – either in relation with adjacent analytical concepts, or in dialogue with other social sciences. Its aim is to show that social sciences, and sociology in particular, are also subject to failure. This broader framing renders this work about failure in sociology and related social sciences not only a handbook on failure but also an overview of problematic areas within social sciences. Wherein, one can notice a preference for positively valuated concepts. These disciplines focus more on success than on failure, on development than on regress, on knowledge than on ignorance, and so on. This handbook includes contributions, which discuss this overall tendency and indicate the new scholarly trend of paying more attention to the “other side of the coin”. 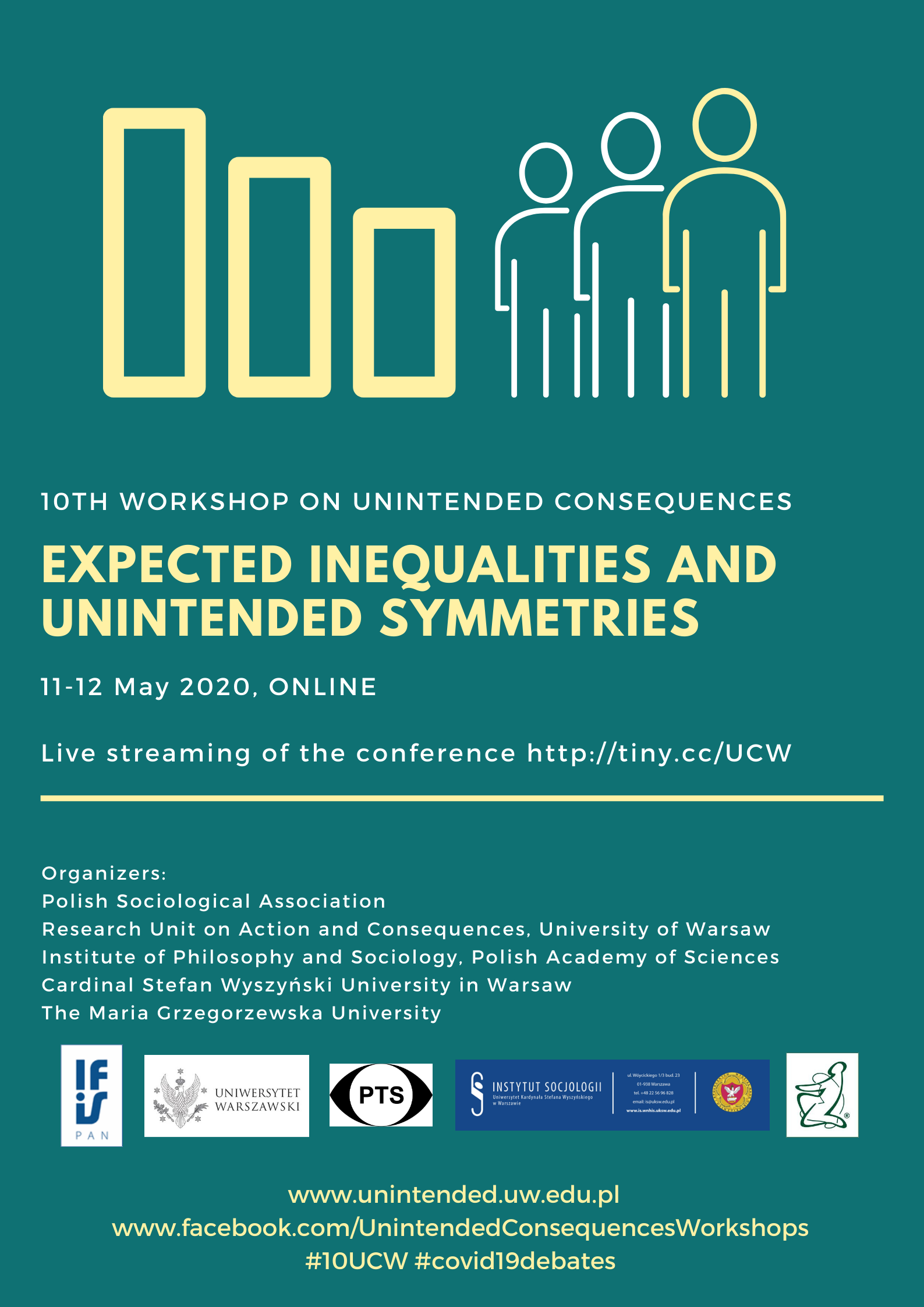